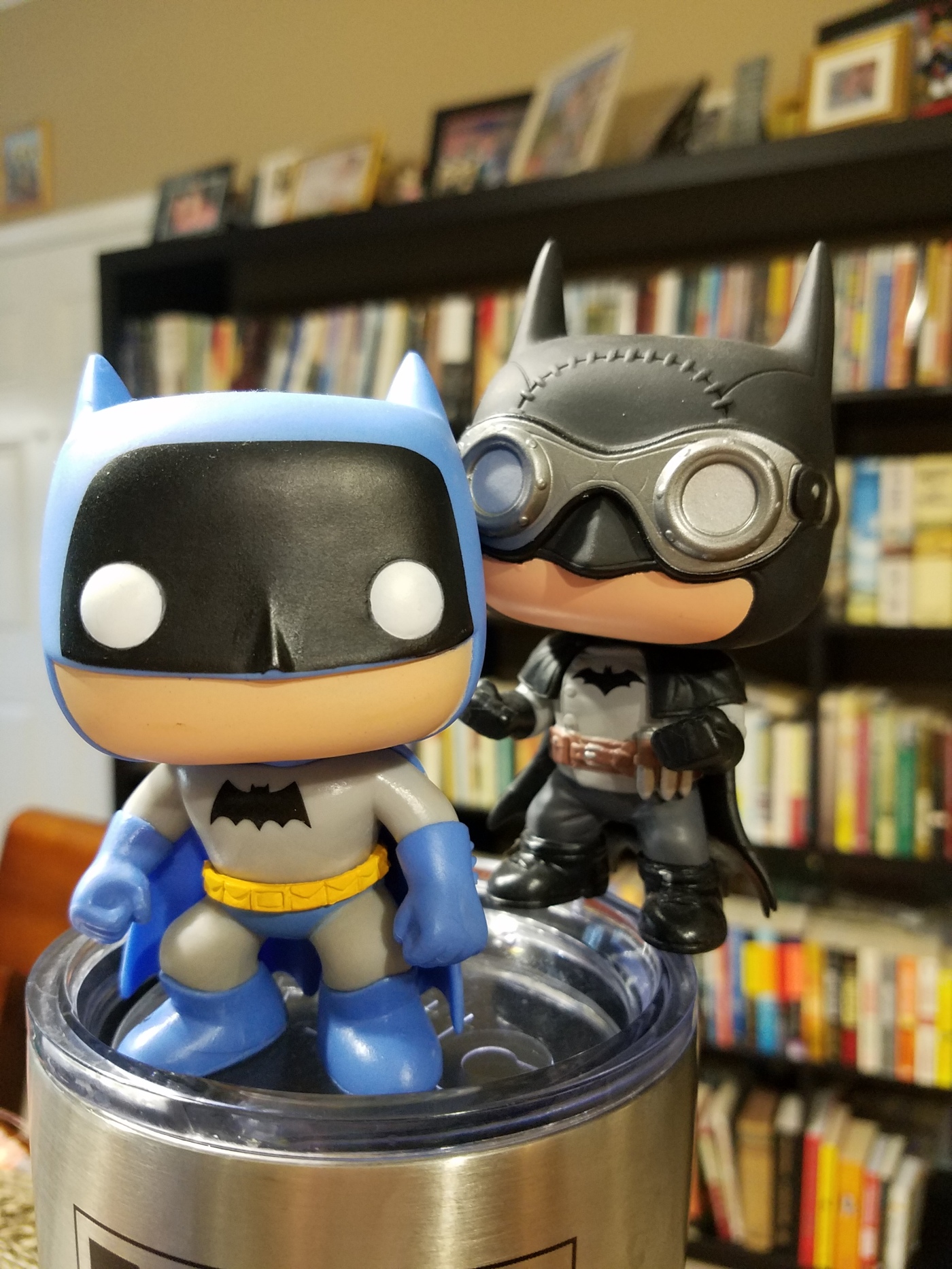 When I was a cop I had to be tough. It’s a necessary part of the job. You can’t go crying about every nasty and ugly thing you saw or you’d be crying every day all day long. The wall you create to guard against feelings is a defense mechanism. But what happens when you stop being a cop? What do you do with that wall? Do you break it down? Do you just build it higher and make Mexico pay for it? What do you do?

Well, the wall just breaks down all by itself due to lack of maintenance. You fight it, but you can’t win. Any attempts to keep that wall up are futile. And that’s a good thing. Sometimes.

There are several differences in my life that occurred after law enforcement:

1. I watch cops shows now. While a cop it’s almost mandatory that you don’t watch those things. They will mess you up. You can’t do any of the things they do on those shows. NOTHING on CSI is true. NOTHING on Criminal Minds is true. And, as much as you want to you just can’t shoot some bad guy and go bury the body and not get caught like tubby cop Vic Mackey did on The Shield or that guy with the raspy voice on Chicago PD.

But now I can watch them and laugh. I get a kick out of how those guys on Chicago PD don’t worry about the Constitution. And I especially love how those guys on 48 Hours solve cases by sitting in the office staring at the phone. They just look at it until it rings and somebody tells them who did the crime. I never got a call like that.

2. I have a favorite hand soap now. True story. It’s “Warm Vanilla Sugar” from Bath & Body Works. Won’t wash my hands without it. I don’t remember ever caring what I washed my hands with. Or, for that matter, washing them at all. Dug my hands in the worst trash heaps when I worked as a cop. Barely survived the “Influenza-A” plague of 2009 because of it. Still, soap was for girls unless it was also used for degreasing engines. Now I will shoot you if you use my Warm Vanilla Sugar without asking, and I buy it in bulk in case of a zombie apocalypse. Oh, and I have it in a hand cream now too. Don’t judge me.

3. I don’t watch the news as much as I used to. As a cop I never missed the news. I guess I thought I had to know everything that was going on locally everywhere just in case I needed the information in a case I was working. Now I only watch it cause of the weather girl on Univision.

4. Cops never bothered me when I was on the job. Unless they were stupid, of course. Now I can’t stand when I see a cop in my rearview mirror. Now I’m like “What does that a-hole want?”. He should be out catching criminals. I pay taxes. He works for me. I’m his boss.

5. I can profile people better now than when I was a cop. I think that’s because I don’t have to engage them anymore. My observations are not biased by my need to close a case anymore. Observation without interference is always the best. Wow, that sounded stalker-ish.

6. I cry at movies now. Never in my life had I cried at movies when I was a cop. The one exception was, of course, The Lion King. I took my son to it when he was about five. Everybody cries at the lion King. It’s cause, well, Mufasa dies saving baby Simba. Simba finds his body at the bottom of the canyon. He looks like he’s sleeping. “Dad? Dad come on. You’ve got to get up. Dad? We’ve gotta go home.” Dad’s not moving. “Help! Somebody!”. No one comes to help. Simba goes over to his Dad’s body and lifts his front paw and snuggles under it and cries.

Give me a minute…BRB…hold on…

Okay. So, as I was saying, I cry now. Those dumb Facebook thingies. Especially the one where the young oriental kid steals meds from some med shop for his sick mother and then a food shop owner across the way pays for the medicine and gives him a veggie soup in a bag and then sends him off running. Thirty years later the food shop owner suffers a heart attack and needs life saving procedures and then, as brilliant luck would have it, his doctor turns out to be the little medicine thief from 30 years before and he does all the work for free. Gets. Me. Every. Time. But that’s not all. Little kids sing like angels on America’s Got Talent? I cry. Especially the one with Malaki Paul.(Google it you big cry baby I dare you) A video of any kind of with the theme song “This Is My Fight Song”? I cry. That poor girl from the Latuda commercial ends up on another commercial for diabetic nerve pain? I cry. Poor girl can’t catch a break!

I guess it’s just not being around all that crap that toughens up the soul makes one soft. But it’s okay. I like soft. I’m a big marshmallow now.

Ah… but have I lost the edge? Maybe a little bit. I used to walk into a room and formulate a plan to kill everyone in that room in 30 seconds if I had to. Now I am regulated to just remembering never to sit with my back to the door. Sure, I still mentally note the exits, places I could use for cover or concealment, and the nature of objects close by that may or may not be used as weapons or shields if needed. But I seem to do it more for fun now than anything else and only after making sure they make a good cup of coffee.

Could I take a life now? Sure if I had to protect myself or others. If anything more so now. I am no longer bound by rules of engagement or use of force rules of a police department. I will put you down if I have to, but I hope I never have to.

The only difference between now and when I was a cop is that now when I punch you in the neck, spin you around, place my right hand over your nose and mouth, my left behind your head, and then effortlessly snap your neck, the last thought through your mind will be “Wow. His hands smell nice. Is that Warm Vanilla Sugar?”.

Lol guys, I’m just kidding. I’d probably just hit them over the head with something, -and then do the neck snappy thingy. I roll like that now.

Hope you guys are having a great day.

5 thoughts on “Before and After”