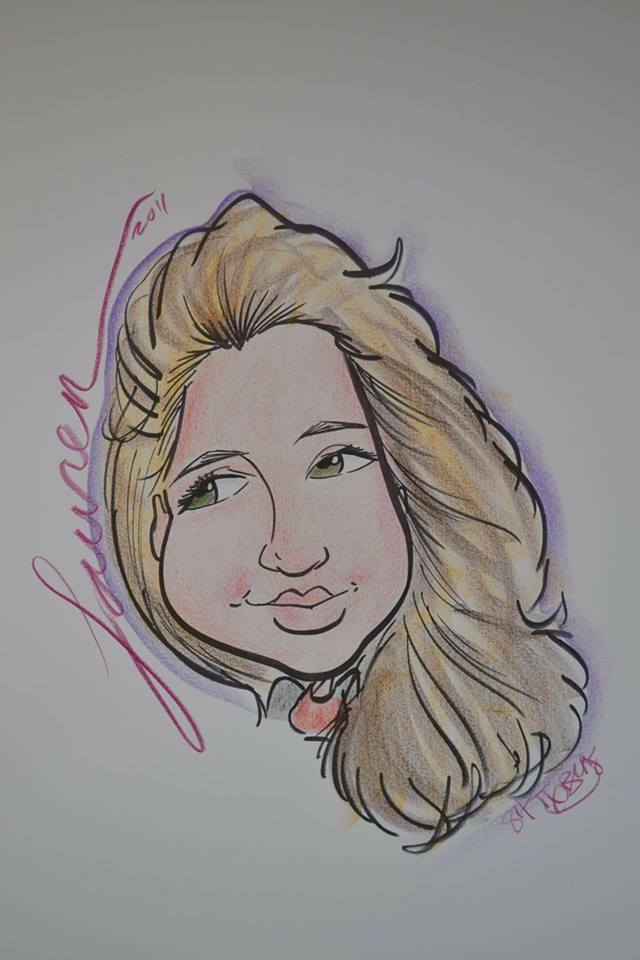 My daughter Lauren likes to watch out for me. As I get older, however, she is under the mistaken assumption that I can no longer take care of myself. To be fair though, I do get in my moods where I “forget” to eat. And surely I don’t like taking any medications I am supposed to take. I don’t know why I do that, but I a hear it happens to a lot of famously brilliant people so I am good with being lumped in that group. I can’t name any of the them right now though. I’m quiet confident they are all dead.

This one morning when I dropped her off at school I don’t’ think I had eaten for a couple of days, (other than some coffee and junk food I’m sure) and she insisted I eat something. I told her I didn’t have any money (I lied, they will take all your money if they can). She

graciously handed me 2 dollars (it’s makes her feel like an adult when she pays for my food) and told me to get a sausage biscuit from McDonald’s (They are $1.19. How freaking awesome is that! Go get one! Get two!). I told her I didn’t need her money and she said, as politely as possible, “Take it old man. I need you alive right now. At least until I get a good insurance policy on you.” I waited for the smile that indicated she was kidding. I’m still waiting.

She may be right though. Since I hit 50 my email has been bombarded with emails with headings like “Senior Living Prices”, “What Diabetes means for you”, and the ever so popular “Are you satisfying your women?”.  If you read my blog you know this already.

If you don’t, you have issues. Work that shit out. I clicked on that one by the way. I wanted to ask who were all these women were I may or may not be satisfying. As it turns out there wasn’t a list. That was a mistake though. I get those Viagra emails all the time now. I do get kick out of there disclaimer “If you have an erection lasting more than 4 hours you may need to go the hospital”. Hey man, I’m 54 and I eat a lot of bacon. If it lasts more than 20 minutes I am going to the hospital. Stat!

Anyway, got way off subject there. The previous night her and I were watching TV. It was a show called “My 600 pound life”. It’s one of those reality shows where they follow people on their extreme weight loss journey. This one particular episode had this one lady who would honk the horn with her stomach every single time she got out of the car. I swear every time she got out of the car her large stomach hit the horn. Every time she stepped out of her car people in parking lots looked around to see what the hell she was honking at. It was funny and sad at the same time. But don’t worry. There came a point where she no longer honked the horn when she stepped out of the car. Lauren cried. Me too. Ugh.

I forgot what my point was. Oh, yes. See text message below. For those of you not schooled in the South Texas brand of Tex-Mex speaking and culinary delights, “pansa” means “stomach”, and a Q-taco is a delicious warm flour tortilla with refried beans, scrambled eggs, potatoes, and cheese. It is really only available here and, I suspect, in heaven. I add bacon because everything is better with bacon. I’m sure there is lots of bacon in heaven too.

Three things here. First of all, neither Lauren or I are obese. Yeah, sure, we could stand to lose a few pounds, but in the event of a nuclear holocaust we will out last you (and most likely eat you also). Second, I didn’t eat the taco. I tried, but still not feeling it. I did eat the bacon though. Duh. So I just drank a coffee. Third, my horn doesn’t work on the car (again). I don’t know how many times I have fixed it, not that anybody pays attention when I honk at them. So there is no real danger of me honking the horn with my stomach every single time I climb out of it, making her point rather moot if you ask me.

Having said all that I just ate an apple that has been in my book bag (What? You don’t carry a book bag?) for a week or two. It tasted funny. And I also found a couple of small Zip-Lock bags of granola and some of those rice cake thingies that a starving rat would not touch, but Lauren saw fit to put there. I know she puts those things in there because she cares. I’m just at a point in my life where I need someone to stash brownies in there. Lots and lots of brownies. Mucho brownies.