I remember the moment when Andre was first diagnosed with cancer. We all waited and hoped for a miracle before the results came. His mom had cancer at the same age so  the idea that one of her kids might get it too was always in the back of our mind. I know now that there is no real scientific basis for that thought, but that is the thing  about cancer. It has a shadow.

It has a long shadow.

Andre was out in the waiting area playing with toys while we waited for his results in the office. He had this one toy made for children much younger than him. It was a sphere with several differently shaped openings it in. The object was to put the right shaped block into the right shaped hole. Andre being Andre was trying to intentionally force a block into the wrong shaped hole. He knew what he was doing. He knew it wouldn’t fit. He knew it was an impossible fight, but he didn’t care. He would continue to try and put that toy into the wrong hole all hoping that by some miracle he could do it anyway. He is stubborn that way.

None of us got our miracle that day. Andre did not get that piece into that hole and we didn’t get to hear the doctor say that our worst fears were not realized. Andre was diagnosed with leukemia and would have to start treatment right away. We were all devastated as we walked out of the office. It must have been obvious on our face because when we walked out none of us knew what to say except Andre.

Am I sick? That was all he said. I don’t remember if anybody answered him.

I think Andre could see the shadow, if even for a moment. From then on adults would see him differently. He probably wasn’t exactly sure why.  Lucky for him he was just a child. The wonderful thing about children is that all they ever want to do is be children. They want to laugh and play and not worry about anything else. That is their strength.

Adults who get cancer aren’t that lucky. They recognize the shadow immediately. It’s in the eyes of everyone they come in contact with. That look in the other person’s eyes. It’s like they see you and they see the cancer and they can never see just you anymore. The truth is that when you have cancer the people who know you have cancer will always see the cancer when they see you. Just like a shadow.

The shadow extends beyond the person who had cancer to their family. Every time one of Andre’s siblings get a high fever the first thing all the rest of us think of is cancer. We worry that every common sickness they get will mean a trip to the doctor, a “suspicious” blood test result, and then a diagnosis of leukemia. It’s our fear of the unknown. 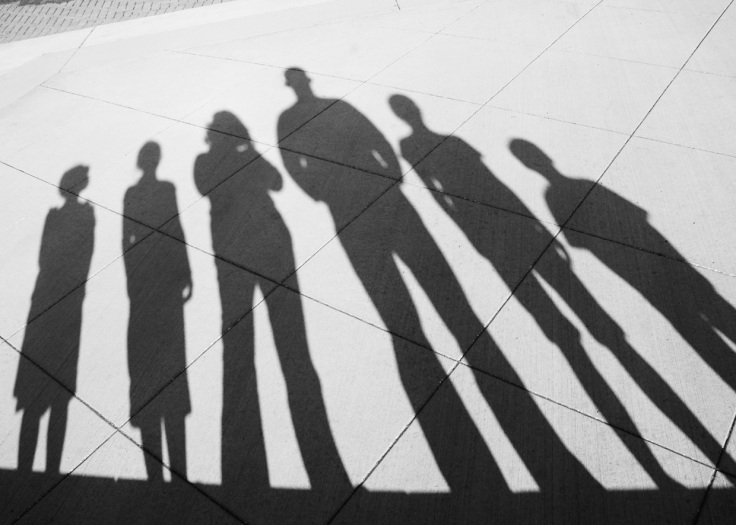 I think when you have a friend with cancer you need to do your best to see them. Not the cancer. Not the shadow it makes. The fight with the cancer is really theirs alone. The best we can do is spend time with our friends and not just our “friends with cancer”.

Shed some light on the shadow.

3 thoughts on “The Shadow”